In spite of myself I’ve managed to produce some new imagery that I’m not altogether displeased with. The struggle for me is not only in completing work, but to be happy with the result. The constant struggle for adequacy is often infuriating and driven mostly by internal struggles previously mentioned.

My new work is not inwardly focused but rather thematic. Having found focus in bushranger stories I have been creating imagery associated with these tales of the past both as a way of capturing the essence of the stories and people, and as a way of presenting them in an accessible way. I frequently come back to Ned Kelly as that’s where my fascination with these stories originated. 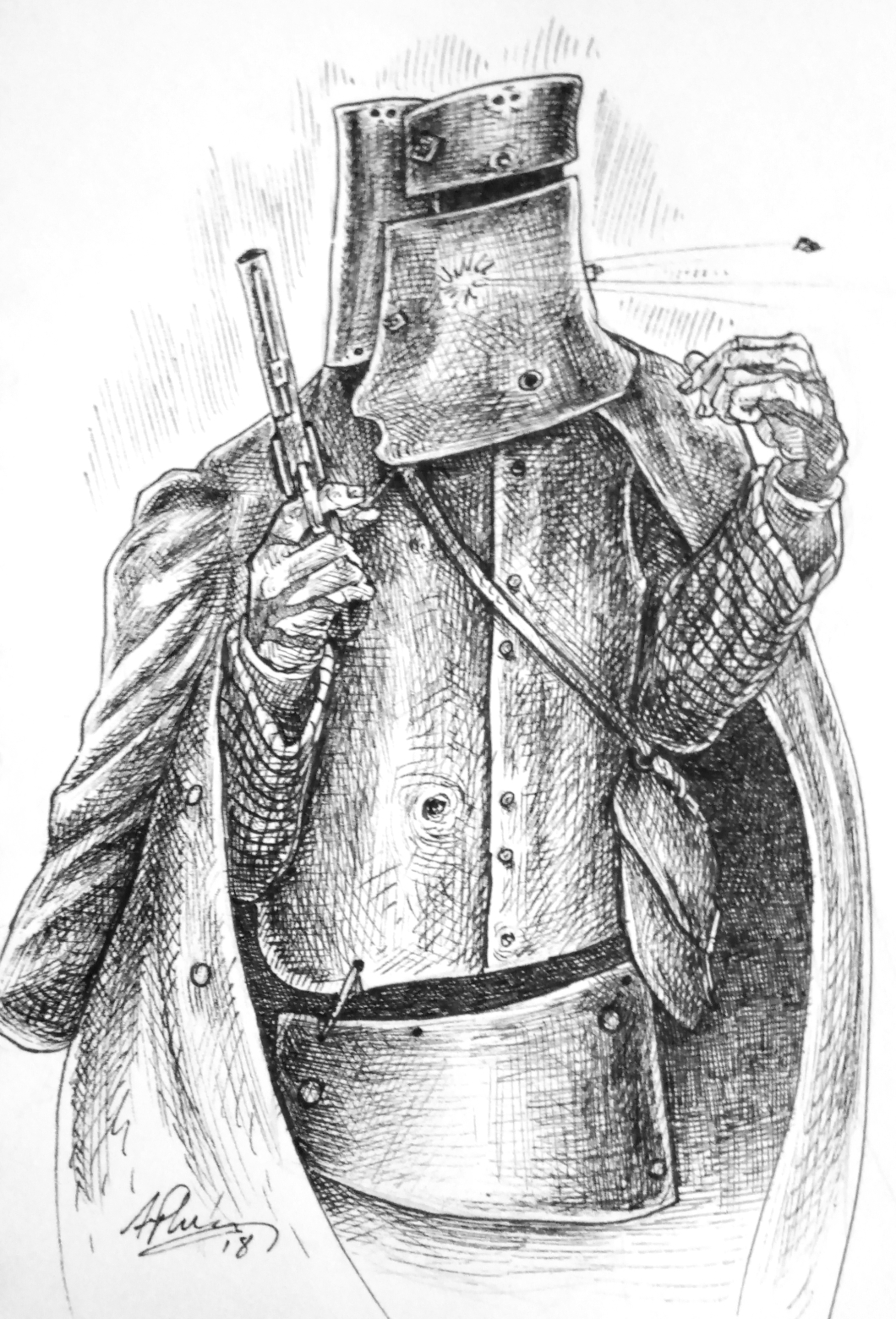 This sketch of Ned in his armour was an attempt to update an image I did in about 2005 that was taken from my Deviantart account and has been popping up around the internet unattributed. I figure that if my work is going to be pinched and passed around without acknowledging me I may as well have it be an image I’m more comfortable with seeing. While this is a picture I think generally turned out well, there’s a great many issues I have with it that stem from my own capabilities or lack thereof.

Another piece I’m working on is a portrait of the police who went to Stringybark Creek to find Ned and Dan Kelly. Of the four officers only one survived. While Ned Kelly is frequently the focus of images related to the story, I felt driven to portray these brave men. Hopefully I can do them justice. 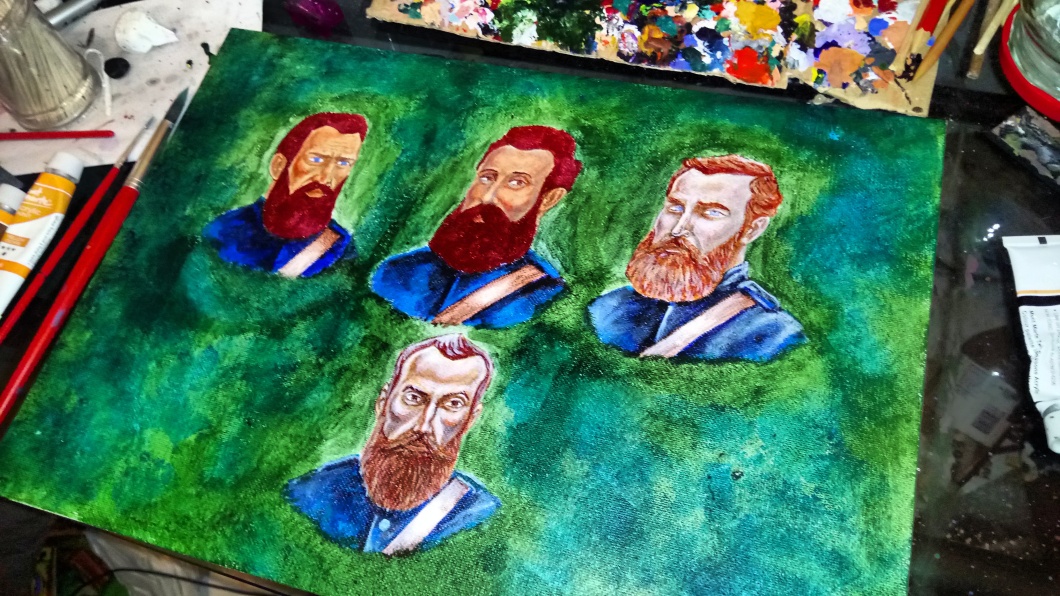 I must admit that I find it all very draining as I’m already worn down from my regular brain activity. It’s also physically demanding in a way I tend to forget. Extended periods without writing or creating usually results in my carpal tunnel playing up when I get back into the habit. First world problems…

Hopefully I can get into a headspace that allows me to get creative and even to express myself again. Time will tell.